Expectations getting the best of me? 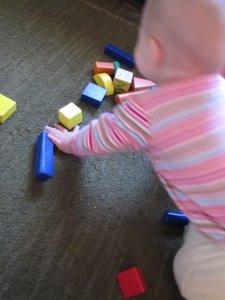 I tried to speak in a kind voice. But I wanted to yell, “Leave me alone!”

I wrested inwardly over something that seemed ridiculous. “Why can’t I ever do what I want to do!?”

What was I trying to do? Exercise.

I wanted to finished my workout and my son had lots of questions and comments! He wasn’t getting in the way, but my brain was just having a difficult time processing his questions and following the DVD’s instructions.

He wasn’t doing anything wrong.

He is a kid. He has questions and comments. (And funny ones at that!)

As I exercised and answered questions I thought about how I was trying hard to act differently to how I felt.  I realized that my expectations were troubling me. Why should I expect to workout uninterrupted unless I’ve made provisions for that to happen? (I was not following my own advice!)

If I had told him to play in his room and not interrupt me I would have grounds for being a little frustrated. But I didn’t do that. I just popped the DVD in and hoped for the best.

While I was mulling all of this over, my daughter, who was staking blocks for the baby to knock over (she was trying to keep her occupied for me), piped up and said,

“I’m not even getting mad because this is what I’m doing it for.”

The “this” she was referring to was the stacking of blocks. 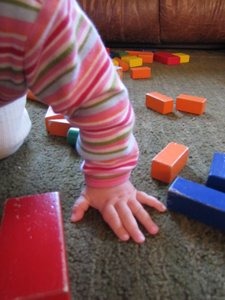 Usually, if she had worked hard to build some sort of block structure and the baby knocked it over, she would be disappointed (and possibly angry). But, today she was building block towers fully expecting to have them knocked over. So it was no big deal.

I smiled to myself as I punched and kicked along to the music, my son joining in beside me. This is what I’m doing it for!

I had children because I wanted children.

They require a lot from me. I invest in them daily. Sometimes I do it well, many times I don’t.

This was a good reminder for me to be careful with my expectations. To reach for the best, but to also live in reality!

It is not fair to allow my un-realistic expectations to cause frustration. Instead I need to roll with the punches. And if I really want to work out un-interrupted, then I need to set that up ahead of time.

Homemade Belly Butter
Next Post: How to Make a Muslin Tea Bag for an Herbal Bath