How to Make a Stained Glass Window Card 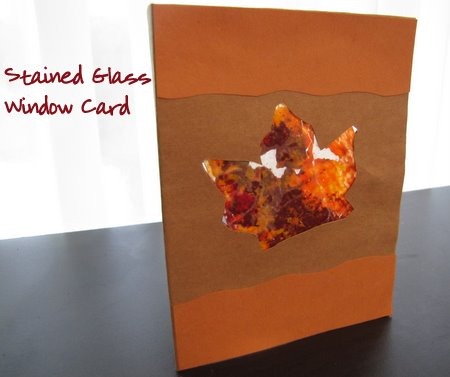 I am currently buried under card making supplies. Supplies of the recycled and re-purposed kind.

In preparing for an upcoming post on Keeper of the Home, the kids and I had a two-day card making fest. It wasn’t supposed to go on that long, but since I didn’t put everything away, it just kept going! I ended up with much more than I could include in a single post, so I’m going to share the overflow here.

First up is a quick tutorial for making your own Stained Glass window card. It’s fun, frugal, and a little different. 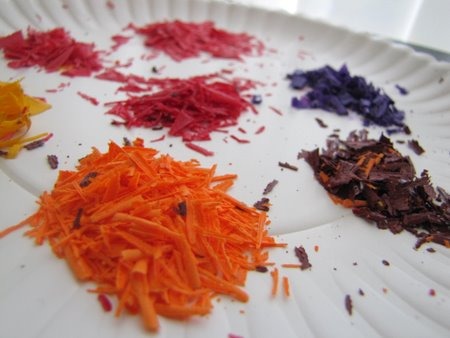 Make crayon shavings with an old sharpener or scrape with a knife.

Fold paper in half vertically and then in half horizontally to make a card. Unfold.

Flip paper over so you can draw an outline of the shape you wish to cut out.

I messed around for a while trying to figure out which square to draw the shape on so it would be on the right side. I don’t draw it on the front because the marker always shows after I cut it out (and that doesn’t look pretty). I’m not explaining this very well…so just watch the video if you want to know:

Trace around a leaf template, or draw one freehand. You can draw any shape. We have cut out a Christmas tree shape before (that looks pretty). 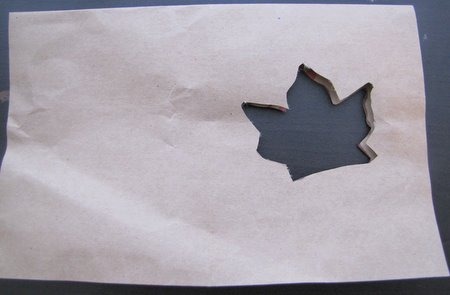 Use an X-ACTO knife to cut out shape. Cut through both pieces of paper.

Lay a piece of wax paper flat. Make sure it can later be folded in half and still be a little bigger than the cut out shape on your card.

Sprinkle crayon shavings over half of the wax paper: 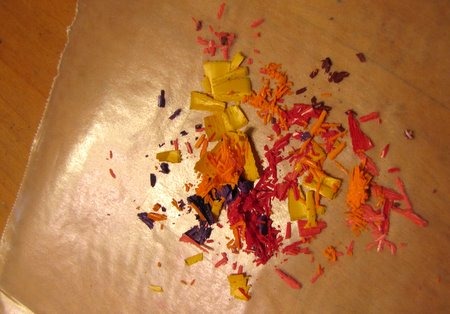 Fold empty half over the shavings.

Place on top of old towel.

Cover with another towel or fold towel over the top of wax paper.

Press a warm iron over the wax paper/crayon bundle for about a minute, until crayon shavings melt. 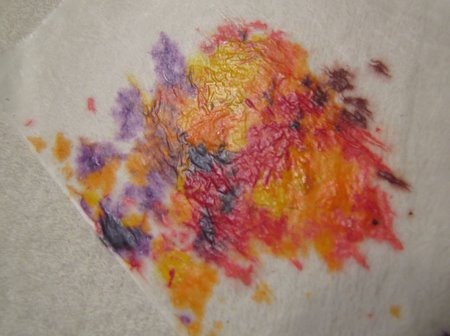 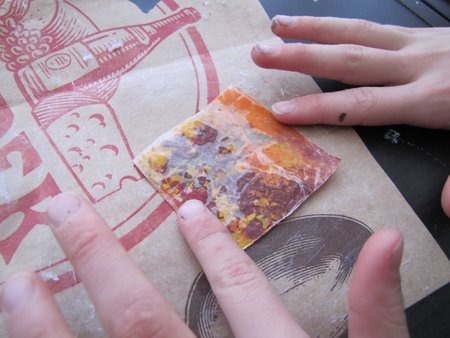 Add another decorations to the outside if desired.

Another option is to make these to hang in the window. They look very colorful when the light filters through.