What it feels like to have an autoimmune disease 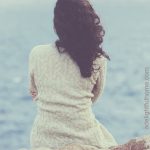 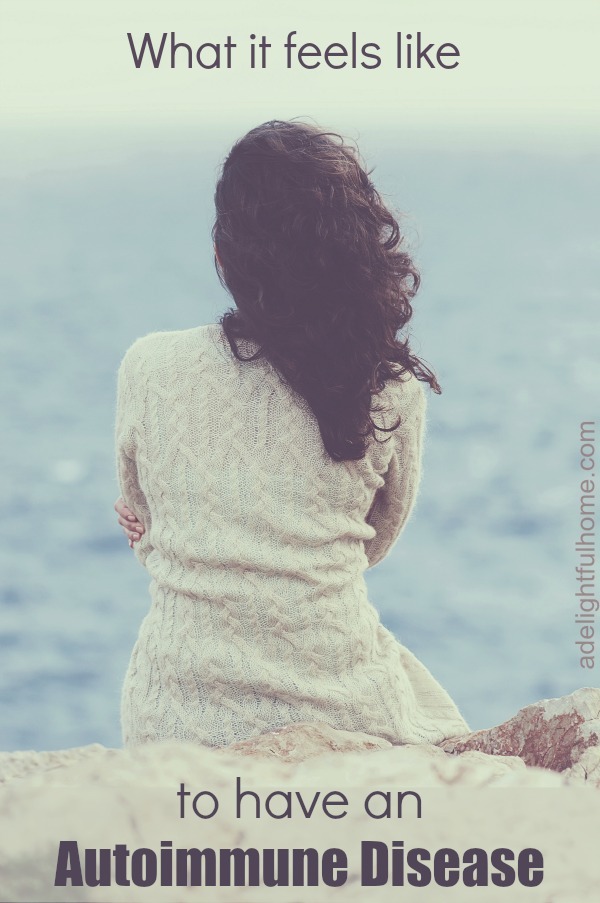 I sat in the rocking hair, surrounded by a chattering, and happy family. It was Christmas morning. I smiled at their joy, but inside I asked myself,

“Is this what it feels like when you are dying?”

The hollowness of my eyes was heavy and throbbing, my stomach churned, my body ached, my nerves were shot, and every morsel of energy was draining away.

Wrapped in a large blanket, I sipped a warm drink, because I was cold. So very cold.

Flashes of the months and years leading up to this moment played in my mind . . .

The many days I was next to tears because I had to leave the house.

The times I pushed the shopping cart around the store, but felt I could barely take one more step.

The overwhelming urge to collapse on the floor as soon as I got back home.

The guilt of needing to rest while my kids could use more of my attention.

The pain of feeling like a burden to my loved ones.

The fear of not knowing what to do burned in my belly.

What? No! Isn't one enough?

I didn't know if I could get better.

Not everyone experiences these types of symptoms. For some it's much worse, for others, it's not as extreme. (I'll share more below.)

What is an autoimmune disease?

For those who don't know  (I didn't, until I had one!) an autoimmune disease is a disease resulting from a disordered immune reaction in which antibodies are produced against one's own tissues, leading to the deterioration and in some cases to the destruction of such tissue.” (Dictionary.com)

Some common autoimmune diseases include:

Symptoms of an autoimmune disease

In fact, I was not diagnosed with one until I specifically asked for a certain blood test!

Some common symptoms of autoimmune disease include:

Again, there are many more symptoms, but they will be different to each disease.

How to Get Better

If you suspect an autoimmune disease, I encourage you to make a list of your symptoms and take them to your doctor. Ask for blood work and start digging into your medical history to see if there is any type of pattern.

If you already have an autoimmune disease and haven't tried a diet overhaul, I highly recommend it. I first started to feel better when I removed gluten, but still wasn't feeling great. Once I got on the Autoimmune protocol, my symptoms improved dramatically.

Side note: I want to be completely honest with you and mention that I have struggled a great deal with sticking to a strict diet. There are times when I let it go completely . . . and I feel it. I've done this enough times to know that I feel much better when I eat according to the autoimmune protocol (with a few personal modifications).

The reduction of stress and prioritizing of sleep are two other important factors. The need for these should be taken very seriously.

If you have an autoimmune disease, what has helped you the most?