Is coffee harming your health?

Have you ever wondered if coffee is healthy or not? I have!

A little research and some experimentation led me to some discoveries I'd like to share with you today.

You've likely heard of the many benefits of drinking coffee. Coffee is thought to increase blood flow to the brain, enhancing cognitive function. It's also known to be high in antioxidants, which is great for fighting the toxicity we face in the world today.

It's helpful in removing free radicals and thought to be the no. 1 anti-aging beverage. 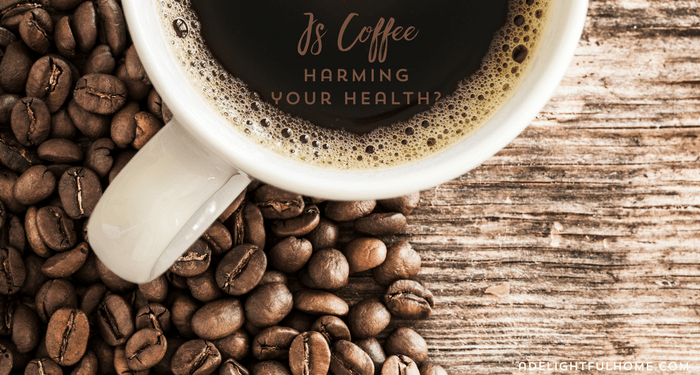 Since so many of us rely on coffee to get us going on a daily basis, it seems wise to examine it a little more closely and ask the question: is it possible that coffee could be bad for me?

Besides the benefits of coffee, we should also consider the risks to drinking coffee so frequently.

What are the potential risks associated with drinking coffee?

Each person's tolerance for drinking coffee is different. There are many factors that impact the way it affects you. My goal is not to make you give up the beloved stuff, but to share some insights. If some of these resonate with your experience, it might be worth testing how you feel without coffee.

It also appears that some people are genetically predisposed to being more or less sensitive to coffee. You can actually find out detailed information regarding how your particular genetic make-up processes coffee (and other things) by doing a simple saliva test through 23andme.com

A food allergy test may also indicate whether or not you have coffee sensitivity. Mine did. (It was my #1 Food sensitivity! Causing all kinds of inflammation). But, the best way to discover how coffee affects you is to experiment. Take it out of your diet for a while, note how you feel, then reintroduce. See if there is any difference. You will likely be able to tell.

I think most of us know just how addicting coffee can be. It's a running joke among the exhausted that a cup of java is completely necessary to start the day. Even in IV form. Memes galore express the very joy of such an addiction.

Believe me, I totally get it. There have been many nights I went to bed smiling because I knew when I woke up I would get coffee!

Being addicted to anything can be a problem at some point. I personally hate to feel dependent on something, even though I've been there many times. Something about it takes our control away and can leave us feeling anxious.  And then when we don't get our caffeine fix, we are faced with the possibility of headaches, irritability, sluggishness, and more.

The main problem with being addicted to coffee is that it can lead to over-consumption, which can then lead to other health problems, such as adrenal burnout.

If your adrenals are already on edge, excess coffee consumption could lead to problems.

The high caffeine content of coffee can raise cortisol levels by increasing the production of adrenocorticotropic hormone by the pituitary gland.

“Excessive cortisol production can lead to a variety of health issues, including an overactive immune system, disrupted sleep, impaired digestion, and depression.”

She also states: “One key study showed that moderate coffee consumption in healthy individuals correlated with increased inflammation in their blood: people who drank more than two hundred milliliters (about six and a half ounces, or one large cup) of coffee every day … had an increase in white blood cells and several key inflammatory cytokines.”

With the number of health issues related to inflammation these days, staying away from anything that's highly inflammatory is an excellent idea.

This should be a major priority if you are dealing with any type of autoimmune disease as inflammation could cause a flare up and also deplete your bodies ability to heal. 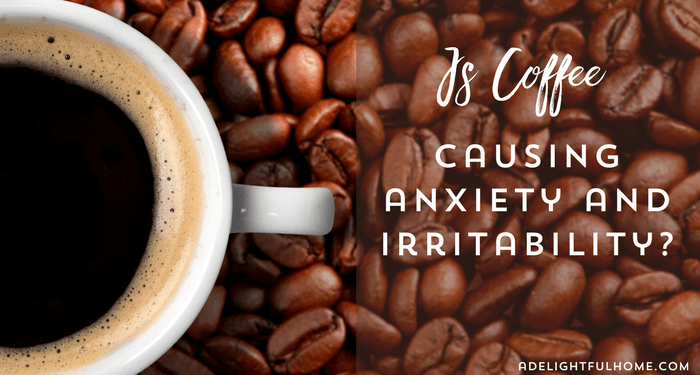 Since coffee has the ability to impact hormones and the function of neurotransmitters, it can also change your mood and behavior.

I have not personally experienced anxiety from drinking coffee, but was completely enveloped by irritability, to the point where anything moving in my peripheral vision made me feel crazy. This was not pleasant, and one of the reasons I suspected a coffee sensitivity.

A recent no-coffee experiment led me to notice a decrease in sugar cravings. I hadn't read anything on the subject but started mentioning it to others. A few friends explained that they too noticed sugar and carb cravings getting out of control when increasing coffee consumption.

After a little digging, I believe this may be due to the body coming down from the adrenaline rush of drinking coffee and seeking another fix of some kind.

This article has some great insights on the subject.

Ok, so this is super sad to me, but it's truth so here goes: if you are gluten sensitive, your body can still think you're eating gluten even when you've completely eliminated it. This is because there are a number of foods considered cross-reactive. Coffee is one of them. Ugh! I know!!! Not fair.

Find out more about gluten cross-reactivity in this informative post from The Paleo Mom.

When I first discovered this delicious beverage, I was in love with it. But, after a while, I found that it was impacting my health in some negative ways.

First, my irritability level was through the roof. The increase was significant enough for those around me to notice. It wasn't pretty. In fact, I'd say my level or irritability bordered on anger. Not something I wanted to experience on a daily basis.

I didn't realize this had happened until I stopped drinking coffee. After a while, I realized that the sugar dragon that left me hunting for treats every afternoon had gone to sleep. It actually became easy to resist sugar.

What does this mean for you? Should you drink coffee or not?

Whether or not you should consume coffee depends on your own unique situation. If you find yourself experiencing major sugar cravings, high irritability, anxiety, or fatigue, baking off the coffee train might be a worthwhile experiment.

If you are dealing with an autoimmune disease, reducing or eliminating coffee have a positive impact on your ability to heal. It's certainly worth a try!

Keep in mind that you may not need to say goodbye to coffee forever. Bodies change. It might be something you can add back in the future.

It may also be worthwhile creating some rules around coffee, such as drinking only one cup a day. Or only drinking it every other day. Or even reserving it for special occasions.

Whatever the case may be, I highly encourage you to observe how you feel when drinking coffee. Pay attention to how you feel all day, not just right after drinking it. See if you notice anything, either god or bad. Experiment.

Your health is in your hands and it's worth figuring out if coffee affects you negatively or not. 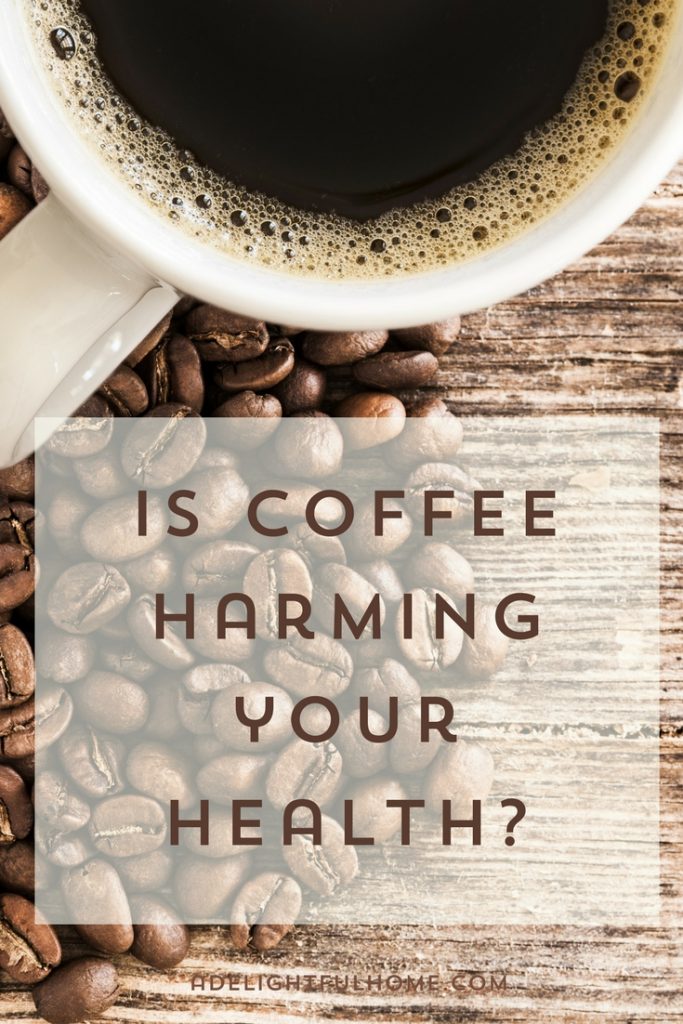