Do you Know the Different Colors & Types of Salt?

Salt a necessary part of our lives, due to it's health benefits is available in all kinds of shapes, sizes and colors.It's necessary for the body to function properly because salt aids the nervous system in sending and receiving information to the brain, but it's got so many other health benefits as well.

Salt comes in a variety of sizes, shapes, and colors. It's found in every corner of the globe and is used in cooking, pickling, water filtration, and even the making of icecream. Yummo! 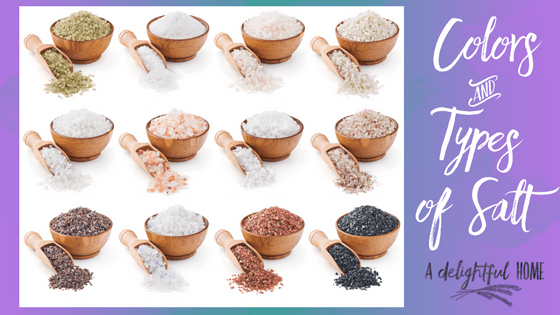 With the abundance of salt in the world and the many useful benefits it provides I wanted to share with you a breakdown of the many varieties of salt that are available to you.

A light, flaky, salt that is pure and natural. It has a slightly mineral taste from the tra, fleur de sel is an excellent finisher of dishes, sprinkle on foods after cooking is complete and just before serving to bring out the flavors of the food.

Fleur de sel, the “flower of the salt,” is the name used for salt that has been harvested by hand from salt ponds from the Guérande region of France. Salt artisans, called paludiers, collect the salt from shallow pools of water after the water is evaporated. The Fleur de sel are the tiny salt crystals that form during the evaporation process, and can only be collected during certain times of the year when the weather is warm. The tiny crystals are collected as they crystallized flakes rise to the top of the pond. Each pond within the region produces a slightly varying flavor and aromatic salty profile.

It's a slow and delicate process that provides a gentle aromatic saltiness to foods.

Because sea salt is typically unrefined it contains a variety of minerals, including magnesium, potassium, iodine, iron, calcium, manganese or zinc. All naturally occurring elements that provide beneficial health benefits to the body. They also provide unique flavors and aromas to the salts they are found in.

Because sea salt is more abundant than Fleur de Sel, it's more readily available and more affordable. It's suitable for cooking in most cases and keeping both coarse and fine-ground on hand make it convenient for both cooking and tableside uses.

Rock salt is salt that is mined from existing deposits or underground. It is extracted from underground deposits but must be further extracted from soils and other rocks through a dissolving process. Through a brine extraction process, the salt is pumped to the surface then the water is evaporated to separate out the salt. It comes in a variety of sizes.

Because it is very cheap it can be used industrial uses, as well as water filtration, and even some cooking techniques. Such as, salt packing, curing, pickling, salt-baking, or ice cream making.

Table Salt – To be avoided!

Table salt is sea salt that has been highly refined. The process uses mechanical techniques to evaporate the salt, removing trace elements in order to refine the salt to between 95% and 99% pure sodium chloride. Because it leaves behind a uniformed size, it has been in the past considered by many to be convenient and ideal for table and cooking uses. However, because trace elements are eliminated, manufacturers add iodine and an anticaking agent to prevent the salt from sticky together. It can cause a rise in blood pressure. Which is why we often hear that salt intake should be reduced.

Table salt has a sharp flavor and even in small quantities, it's flavor can leave a much too salty taste to your foods.

Now that we know and understand the natural flavoring, and healthy benefits of unrefined salt perhaps it's best to leave this table salt, off the table. 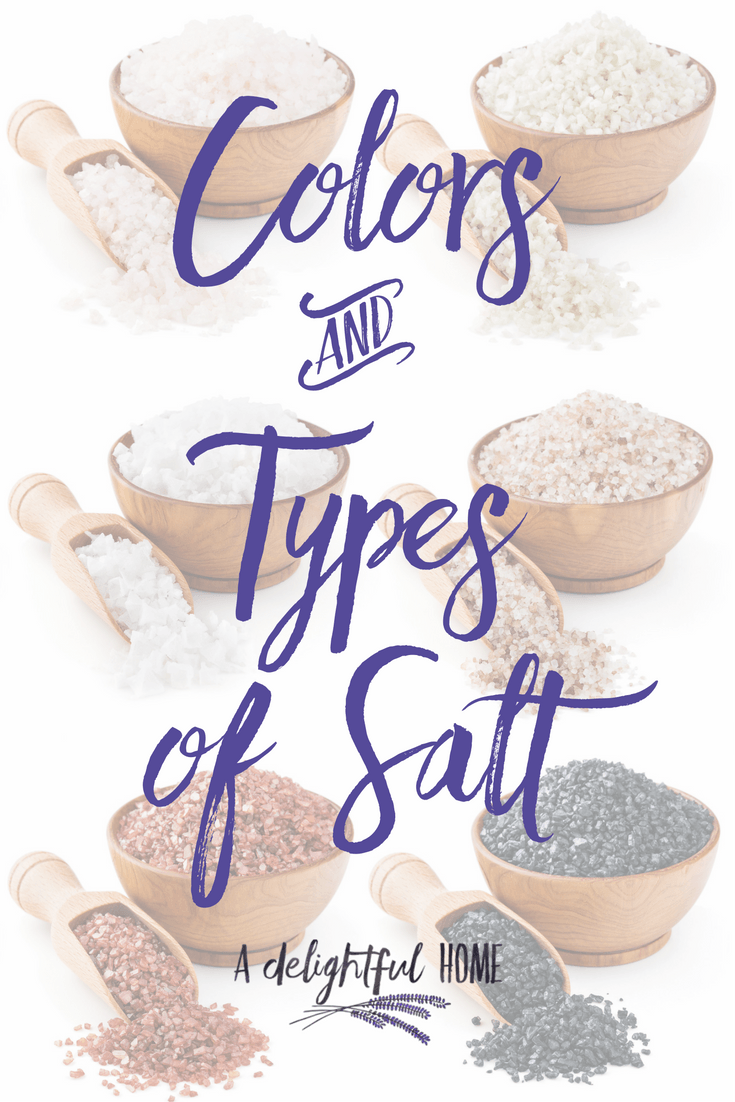 Grey salt, or sel gris, is a French sea salt that is slightly grey or purple, in color. It is harvested with a traditional wooden rake method along the coastal areas of France. This salt is found in the clay located in salt flats which is why it retains moisture.

As a French salt, it is a bit more expensive to purchase than other salts. But the wide range of minerals found within make it a good salt for maximum health benefits. This is a salt that is good to be sprinkled by hand rather than shaken because of the moisture factor and the full-bodied flavors that it has. It draws out more of the natural flavors of the foods it's paired with, so using a light hand with it in cooking is best.

Korean grey salt, is available in many Asian groceries. It has a similar texture, color, and taste, but it is drier than sel gris. It is a good alternative to sel gris because it comes at a cheaper price.

Pink salt is one of the most common colored salts found on the market today. Perhaps that's due to it's relative affordable cost factor and ease of availability. The color is produced by minerals and bacteria which cause a red carotenoid pigment

Most pink salt is obtained in inland areas where salt deposits have been left from receding waters over time. The most common are Himalayan and Peruvian salts found up high in the mountains. They are rich in flavor and have high concentrations of mineral contents.

These salt crystals are large because they are mined rather than derived through evaporation processes. This salt leaves a definite crunch when used with foods, especially when sprinkled after cooking. It's a good salt to use with potatoes, mushrooms, and other vegetables. It also makes a great flavor additive to barbecues and meats.

Salt is found in a variety of colors and is present all around the world. The colors are truly not from the salt at all, but rather from the minerals and trace elements found trapped within the salt crystals. Sodium Choride in it's purest form is pure white or clear.

Have you tried natural salts in any of these colors and flavor profiles? I'd love to know what your favorite salt is. Tell me your experiences in the comments below.