Nothing works quite as well as tacking the word pizza onto the front of a meal to get kids excited. My 3.5 year old daughter is generally pretty good about eating what she is served, but, salad was one of the things that she struggled with, I think it was a combination of it being so different from other foods and the fact that it can be a bit unruly when trying to get it on a fork.

I decided to play around with the idea of salad and see if I could come up with something to get her interested. With that Pizza Salad was born…and I have to admit, it tastes a lot more like pizza than I thought it would!

*This recipe is in 3 parts, the salad base, the dressing, and the optional (though I think they really make it) garlic bread croutons. 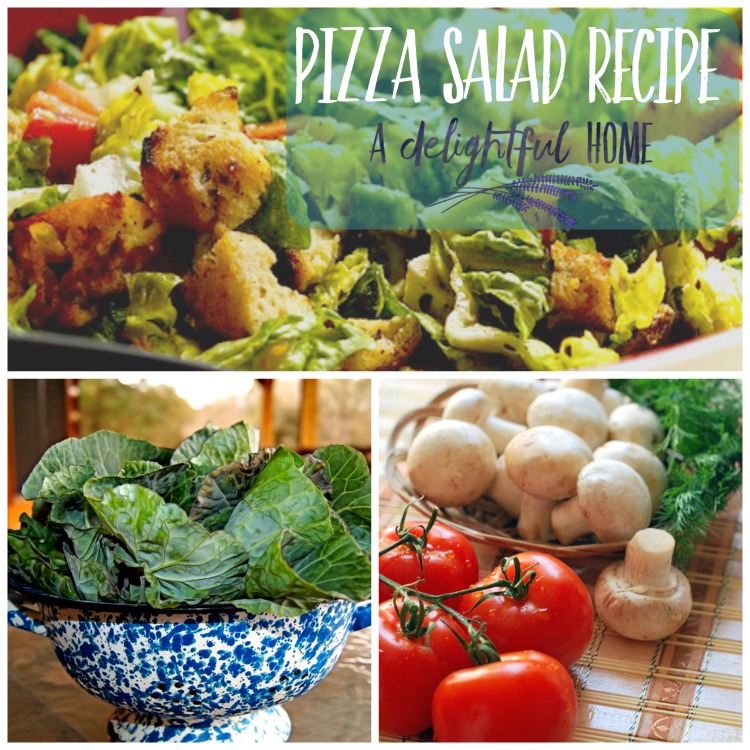 Put it all together and you have salad that is just enough like pizza to make the kids happy!  I'd love to know what how it goes over with your kids and also if you have any other tricks to getting kids to try new foods.

You May Also Enjoy

How to Clean the Bathroom with Non-toxic Supplies
Next Post: 10 Healthy Body Natural Skincare Recipes Round-Up